‘Spiritually Incorrect’: Truths and myths of being an Osho follower

This June, it’s my 10-year anniversary of being a sannyasin, which means ‘seeker of truth’. More specifically, I’m an Osho sannyasin, a follower (in a sense) of the Indian mystic who became globally infamous in the 1980s.

When I tell people this – usually because they’ve asked why I have an Indian-sounding name – their reaction often goes something like: “Osho? Isn’t that the guy who used to be called something else, Bhagwan Rajneesh?” And then, if they’re American and watched the news in the early-mid 80s: “The guy with the crazy cult in Oregon, who got arrested and thrown out of the US?”

Or, if they’re a more recent Netflix watcher: “Isn’t he the one in that documentary, Wild Wild Country? The cult leader?”

They do the classic double take, looking at me with goggle eyes and a dropped jaw, with some mixture of disbelief and amusement. “Seriously? YOU are part of THAT cult?! Wow, you don’t really seem the type…”

By then, more scenes from the newsreels or documentary are flashing through their mind. Hippies in orange robes, taking over a remote ranch and freaking out the locals; said locals being harangued and even poisoned by said hippies; a long-bearded Indian dude, wearing jewel-encrusted robes and Rolex, driving around the ranch in one of his 90+ Rolls Royces. Yes, that’s right, 90+ Rolls Royces. Oh, and remember those rumours/film clips from the earlier days in India: workshops that involved cathartic primal screaming and rampant group sex. Didn’t they call him ‘the Sex Guru’ too?

“Er…yes,” I confirm, cringing slightly. “Kind of.” So it seems I have some further explaining to do.

They’re right that I’m not at all the cult-joining type. I always went my own way, and I always liked that Osho seemed to encourage that too. He often echoed Buddha’s dying exhortation to “Be a light unto yourself” and he described his function as “to be a bridge between you and yourself. So by and by you can see the bridge and you can go on moving from yourself to your real self; the need for me is less and less.”

I never saw him as a guru, but as an enlightened human being. For sure, he had human flaws and failings, like all of us (I’m not minimising the poisoning and other Oregon crimes here: this was a very dark episode, mainly perpetrated by power-tripping devotees, but Osho was culpable for not taking hold of the situation earlier).

And yes, his lavish tastes made him look more like an early hip hop mogul than a spiritual guide. Some say this was a deliberate provocation, that he was ‘making a point’. Hmm, maybe. I think he liked his luxuries, and to be fair, he never preached asceticism or renunciation of worldly comforts to anyone else either.

But Osho was also radically insightful about people, society and culture; brilliantly charismatic in communicating his ideas; exceptionally full of life, love and mischief. His light shone clear, and he pointed the way to truth and freedom for so many who were drawn to him, including me. I’ll always honour the role he played in my life, especially at a time when I was hungry for new inputs and answers. 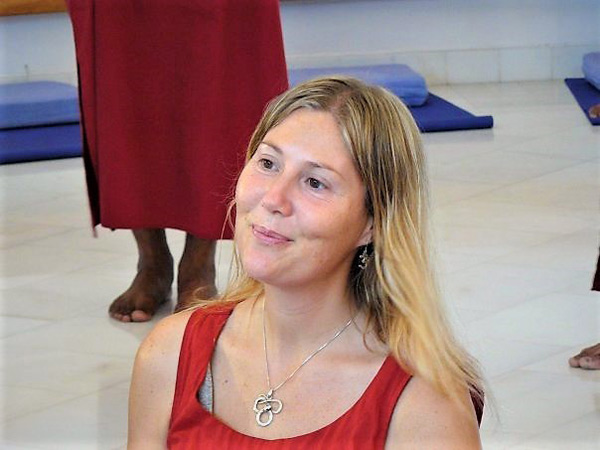 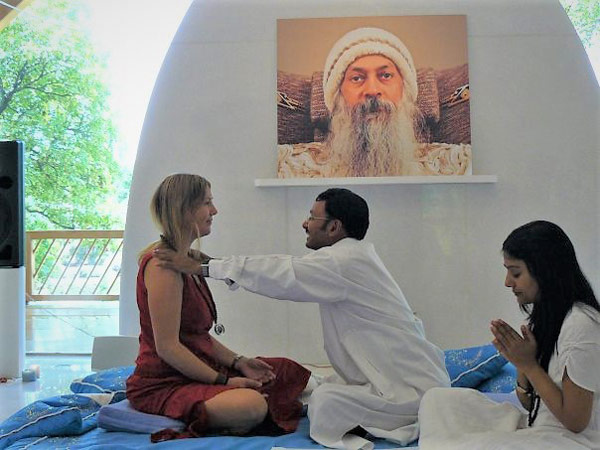 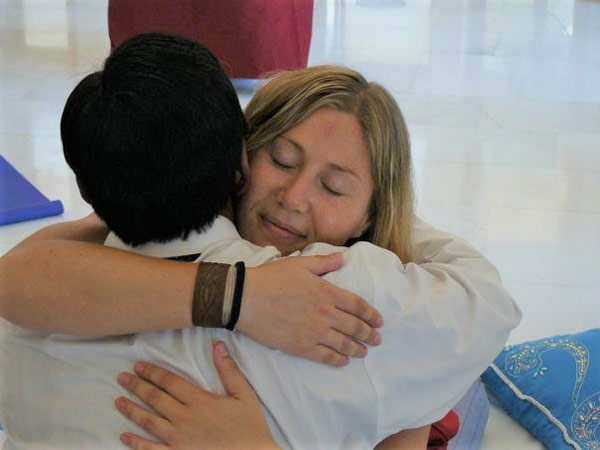 There are three tenets of Osho’s teaching that I’ve thoroughly absorbed and particularly valued. They act a bit like three legs of a stool, supporting each other and the overall structure of my life.

First – and I still hear the recording of Osho’s voice ringing in my ear: “I teach you a tremendous total ‘Yes’ to life!” This is sometimes misunderstood. It doesn’t mean you should say yes, without boundaries, to everything that is requested or demanded of you. It doesn’t mean you should just gladly accept everything that happens to you, like some kind of long-suffering stoic or inane Pollyanna.

It’s an understanding that, underneath even our most vehement ‘No’ is an equally vehement ‘Yes’ to the deeper needs and positive intentions we are trying to meet. Every ‘no’ is a ‘yes’ in camouflage. For example, it might actually be honouring our need for relaxation, peace, integrity, freedom or love. So we can say ‘Yes’ to the ‘No’ too.

When we allow our full experience, we spontaneously shift into a more connected, peaceful way of being; we pass through a doorway back to our true selves. So it’s good to get curious about this, to find our deepest yes to life.

When we say yes to life, joy breaks out like water through a dam. Not surprisingly, there’s a LOT of uproarious laughing, wild dancing and general celebration when you live in an Osho community or with other sannyasins.

Osho describes this as “a certain life-affirmative lifestyle, a philosophy of life reverence”.

It’s not the kind of escapism that people sometimes seek through ecstatic states. It’s about feeling emotions and sensations more deeply; seeing beauty in all things and people; noticing the absolute perfection of an ordinary moment; finding the instant humour and love in a simple, shared human experience. It’s a life lived more fully, with overflowing gratitude.

You can hear Osho’s words, “Say yes to life” and “Rejoice!” in this short video. It also shows images from a community in Thailand where I lived for a couple of years – and where this philosophy of reverence was brought into everyday reality. Some friends of mine put the video together, and you may even spot me in one of the beach gatherings. 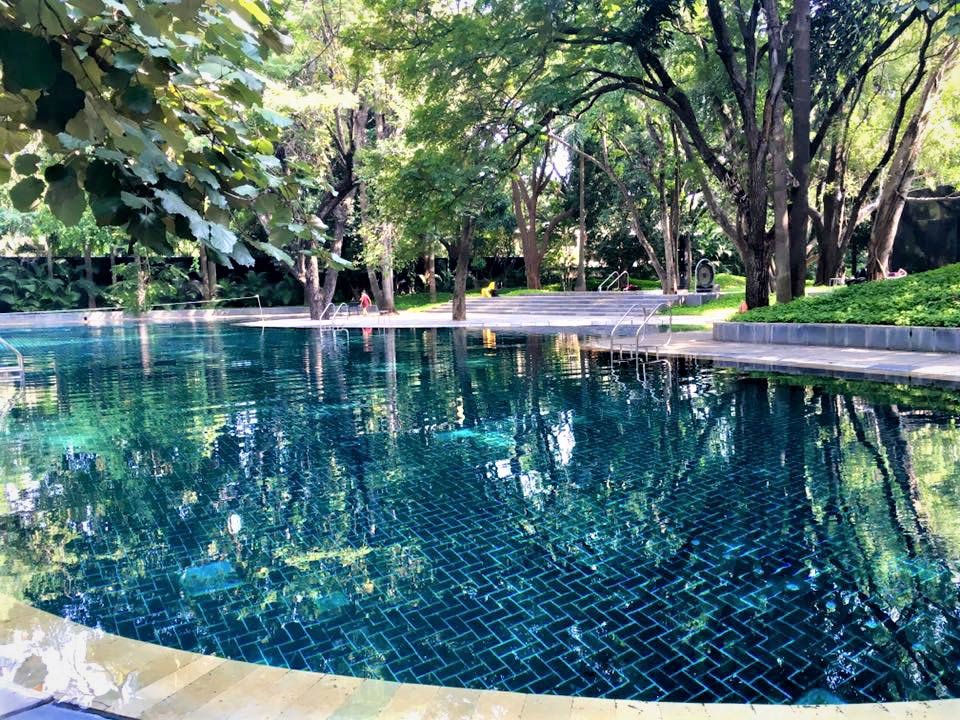 The third principle I’ve followed as a sannyasin is to live with awareness – to be mindful in all my activities.

When I worked at the Osho Commune (now known as the International Meditation Resort) in Pune, India, I was initially bemused to hear a cockerel crowing very loudly at regular intervals. It was actually a recording, played at the top of every hour, and its purpose was to invite everyone, whatever they were doing in that moment, to stop, to notice what was happening in and around them, to expand in that awareness, to find their yes.

It’s a simple practice I still follow and recommend to others. Find short moments to stop and check in with yourself in a mindful way – either while waiting (e.g. sitting on the bus, picking up your coffee order) or particularly in times of stress and pressure (e.g. before having a difficult conversation, or when you’re about to make an important decision).

Of course, being Osho, he didn’t want mindfulness to be practised in a dry, overly serious way. One of his best-known concepts is that “The new man will be Zorba the Greek and he will also be Gautam the Buddha. The new man will be Zorba the Buddha. He will be sensuous and spiritual … enjoying the body and all that the body makes possible, and still a great consciousness, a great witnessing will be there… My whole effort is to bring Zorba and Buddha closer and closer – so close that both can exist in one human being without any contradiction, as complementarities.”

So, although meditation is at the heart of the daily routine and therapies recommended by Osho, it’s often practised through movement and dance, tantric touch, laughter and other emotional release, or the simple pleasures in life.

In one of my favourite photos of Osho, he is sitting in a beautiful garden, drinking a cup of tea and looking brim-full of inner peace and knowing. I stuck this photo on my fridge door at home, a prompt to stop and check in with myself – to take a moment to ‘enjoy the cup of tea’ (literally or figuratively) with awareness, gratitude, and a big ‘yes!’. 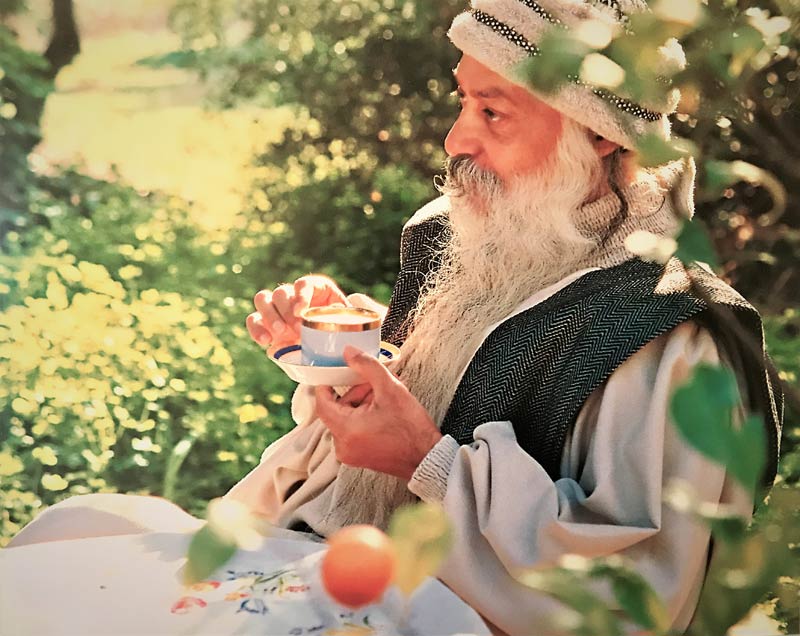 Osho enjoying a cup of tea

My name serves the same purpose. Becoming a sannyasin and adopting a new name, Abhiyana, doesn’t mean I’m a faithful disciple of Osho. And I certainly don’t have or want lifetime membership of any cult. It’s a reminder for me to live by the tenets that are most meaningful to me. It’s also a reminder not to get hung up on any name or apparent identity – to keep seeing those for what they really are. And finally, it’s a cue to raise my cup of tea to the man who led us in this dance for a while and showed us a way home.

IF YOU WOULD LIKE TO LIVE IN A MORE MINDFUL WAY OR FIND YOUR ‘YES’ TO LIFE, PLEASE CONTACT ME TO ARRANGE AN INTRODUCTORY SESSION OR TO ASK ANY QUESTIONS.